Because the Internet doesn't have it yet, here's an easy way to exclude a region from jQuery's popular Vector Maps plugin without excessive code;

Advice from a Successful Kickstarter Novelist: Don't Use Kickstarter!

Excerpt from KALI - Destroyer of Worlds

"Pete did the duty, like he always did, but his heart was gone. He felt like there was a hole inside him, a black thing that absorbed his ability to feel. It was all so much; too much. The more he thought of everything, the more he longed for it all to end.

They didn’t have long. Even if the crew tampered with the atmosphere mix and used drugs, eventually the limited food stores would give out. They would starve to death up here, mirroring his countrymen in the lead-lined tombs he would create for them below.
He supposed it was fair.
If those below must die, so must their gods above.
He laughed at the thought, and the queer sound of his voice in the rush of the station’s equipment freaked him out, a little. He knew something was wrong, in his mind. He knew it was only getting worse. He knew that this experiment had better work, and work soon, or Pete’s desire to dive head-first into the darkness inside would overwhelm him, and none of the others were prepared to handle that. None were prepared to handle him. Years of discipline would crumble; he just hoped he could do his duty before that happened.
And he knew it would, now. The time crept closer and closer, and he felt its presence like some phantom heartbeat, slowly increasing in force and rhythm inside of him."

My new novel Kali - Destroyer of Worlds is available on Amazon and Kindle now. Here's an excerpt;


Seeing the face in the window had changed Tina’s outlook on things, she realized. She cared less about the boys, less even about the cop and whether or not he was a sociopath, or even a real cop; the idea this face represented something she had no frame of reference for whatsoever had disturbed her to the core. How had some little girl killed a whole group of people? Was it even a little girl? The face had seemed intent, maybe a little angry, until she had locked eyes with Tina.
She had smiled at Tina, then. She shuddered thinking of it now, but kept going back to it, like a tongue probing the hole of a lost tooth. The smile had not been one of happiness. It reminded Tina of wildlife movies she had seen, and the way wild dogs and large cats displayed their fangs. More a show of dominance than any expression of real human feeling. The smile had seemed forced to Tina, as well; an unnatural expression, like the girl, thing, whatever, had rarely smiled, and was unused to the way of it.

A gamma ray burst starts civilization crumbling, and a twelve year old girl must embrace her inner darkness to survive. 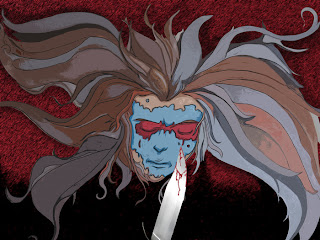 A Question for Potential Republican Voters

What if these guys don't know as much as they make out, and end up as clueless and inept at governing as Bush was?

Would it have been worth it to crash our economy so a few billionaires can have a lower tax rate?
at 11:12 AM

Just recently someone near and dear to me called me a "twisted radical." Ever since then it has been eating at me, that label, and I thought I'd address it here.

The more I thought about it, the more I realized there's nothing twisted or radical about my beliefs, just their interpretation in the wider world and in the media. As a liberal progressive, I find this list to be pretty conclusive when it comes to my core beliefs, and I dare anyone to find the "twisted" or "radical" notions therein;


PS: Didn't even get into the Right's war on women's issues.

Thinking of a new rule for talking politics this year--in order to even begin you MUST be able to name three news sources you read/watch daily, and none of them can be a 24 hour news station.

Here's a few facts that are irrefutable, and the sooner the conservative political movement in America understands them, the better;

1. Woman are people, too.  Trying to bar contraceptive coverage while still covering Viagra, and using moral grounds to do so, just makes your misogyny plain for all the rest of us to see.

2. Gay people are people, also, and should have every right heterosexuals enjoy.  Too many states have passed laws legalizing same sex marriage to go back now.  Any holdouts are exposing themselves similarly as bigots and close minded assholes.

3. Rich people have to pay their fair share.  We collectively create America; it was not endowed on us by rich folks, nor did it trickle down.  It was built with the blood and sweat of rich and poor alike, and thus belongs to all of us, privileged or not.  To think those with wealth should get out of societal commitments like appropriate taxation is ludicrous.

4. Dumb people need to stay out of intelligent debates.  Face it, the future is here.  The time for the snake worshippers and astrologer types is fading.  Leave it to those who care, and have the capacity and will to learn the facts, to work governing.  Trying to govern has left the American Right looking like the bunch of money-hungry, judgmental, fact-deprived hypocrites they all seem to truly be.

5. Religion may be a way of life, guiding force, and all encompassing cop out for you, but for some, it just looks like a convenient way to justify wagging your finger is someone else's face and telling them how to live.  Try to remember that reason rules the day, now, for most of the rest of us, not any one particular god.  Praying doesn't turn on the lights, split the atom, or help us find the Higgs boson, so I don't see how it's going to affect anything else outside of wishful thinking for those who truly believe.  I get the same effect from being relentlessly cheerful, without the added benefit of religious guilt over "sins."

(Ok that last one was less a fact for some--though not for me--but still irrefutable, at least in the sense that supernatural powers have not been shown to have any effect on human endeavors.  Religions should stick to the realm of compassion and leave public policy to government, which is, for the most part, inclusive, as the average religious text was not a participatory document.)
at 8:48 AM

If you're the douche who spoofed my old blog, <finger>

If you're the guy who is still linked to me now, I just wanted to point out that a reverse DNS lookup is elementary for a developer, and lawyers abound.  Long story short, sniff around elsewhere, vulture.

I was watching the Right disembowel Newt on TPM when I heard a caller referenced there on CSPAN state that "Jesus wasn't a socialist."

Hint: Matthew Chapter 25, verses 42-45.  And that's from one of the most militant atheists you'll ever meet.

(I know their damned book better than they do, apparently.  Maybe I should start a new, revised version of Christianity, without the divine bullshit and concentrating on a life of service, following the ideas expressed by a possibly-fictional Christ.  More John Lennon, less Oral Roberts if you get me.)
at 5:19 PM

Ballsy, though the argument is made clear by the Senate's actions; by expecting supermajorities for everything and blocking routine government appointments (citing ideological problems with government itself) then holding bullshit pro-forma sessions with the explicit purpose of permanently depriving the President of a Consitutionally-endowed authority.  Via NY Times;


“The president has recess authority under the Constitution so he can continue to fulfill his constitutional function — which is to run the government — when the Senate is unavailable to fulfill its function,” Ms. Ruemmler said, “and it currently is unavailable despite the fact that it is in a ‘pro forma’ session’ for 30 seconds every three days.”

It never passed the smell test, to me, and since the Congress is essentially tied itself into fight-or-flight knots of bureaucratic tomfoolery to stop anything from happening, this kind of move is simply made likely by a completely hamstrung legislative branch.  Hopefully an aggressive Executive and a better-informed electorate can lead to an effort later to rebalance the scales.
at 5:48 PM 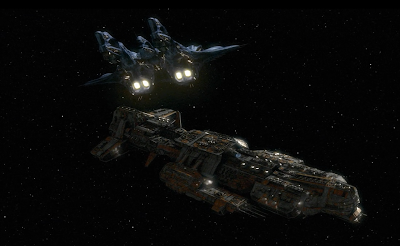 1. Things on the internet that grab my mouse and/or slow it down.  Fuck that.

2. Deceptive development practices, like trying to funnel legitimate traffic by hiding the true path forward or obscuring it.  Like a 6 point font light-grey link in the footer.  WTF?

Another'n, and no bitching. I've been working my ass off lately.
If I have to pull this blog over, so help me god.  I mean it. 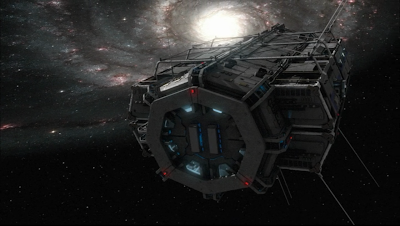 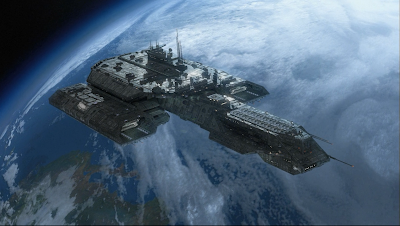 Sooner or later I will make it through Atlantis and move on to other fare. Until then, suck it up.

CORRECTION: The Apollo, thankyouverymuch.
at 10:19 AM

The End of Private Insurers

The Obamacare "bomb" has gone off, unbeknownst to most of the public.

Here's the skinny, and why it is good for us as a nation (and from Forbes magazine, no less);


If you believe that the end of private, for-profit health insurance is some type of nefarious step towards a socialist society, then you might want to attend church this Sunday to mourn the loss of health insurers being able to worm out of covering the bills of a cancer patient because she forgot to write down on her application that she had skin acne for three months when she was a teenager.

Insurers must now pay 80% of their premiums into patient care by law, which will most likely lead to single-payer health care.
at 2:46 PM

Quote of the Day

Tom Hardy, on playing Bane in the new Batman movie (via Deadline);


It’s just about carnage with Bane. He’s a smashing machine. He’s a wrecking ball. The style is heavy-handed, heavy-footed, it’s nasty. Anything from small joint manipulation to crushing skulls, crushing rib cages, stamping on shins and knees and necks and collarbones and snapping heads off and tearing his fists through chests, ripping out spinal columns. It’s anything he can get away with. He is a terrorist in his mentality as well as brutal action. So he’s horrible. A really horrible piece of work.

Scifi Screenshot of the Day 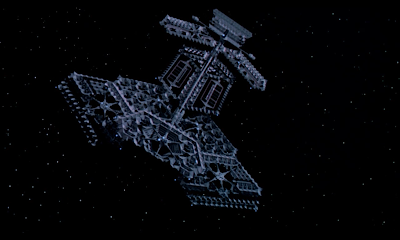 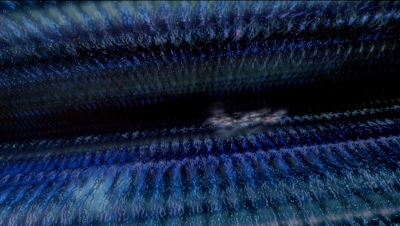 OK if you don't get this one then I am taking your honorary Vulcan ears away; 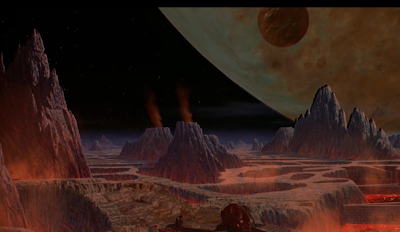 I'm a father, husband, writer, blogger, and a coder. Not necessarily in that order.